Sorry if I'm boring you all with WSS stuff but until I've worked out how to get rest of pics from external hard drive onto blog there's going to be a bit more WSS until then, Naps, ACW, SYW will follow I promise!! 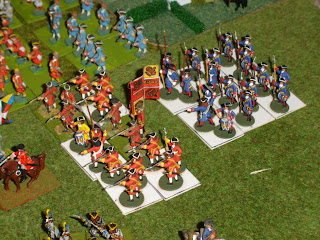 Part of the Irish Brigade in French Service, with Garde Francais to rear 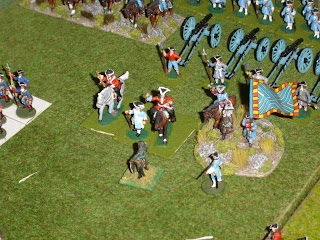 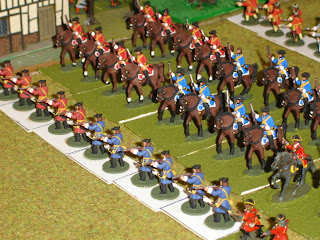 Cologne Dragoons, mounted and dismounted, all bases have now been done, in blue are Liebregiment Nothafft, in red Chassonville Dragoons 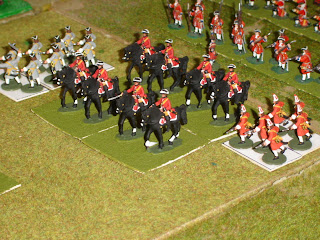 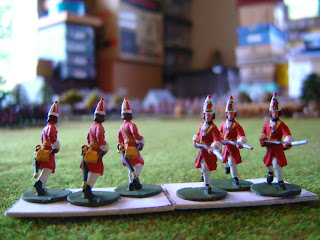 Email ThisBlogThis!Share to TwitterShare to FacebookShare to Pinterest
Labels: WSS