These pics are of my pal Donald 's ( in Oz) SYW armies ( i nicked the pics from TMP, sorry Donald), figures from Revell, Garrison, Zvedza, my Wodensfeld SYW French, Arquebusiers de Grassin ranges 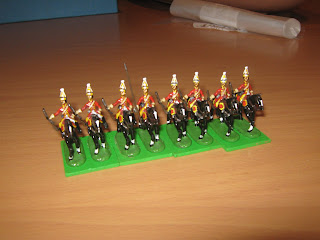 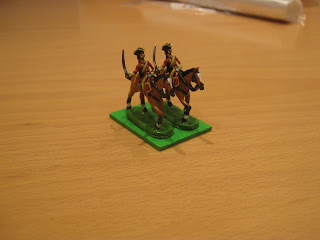 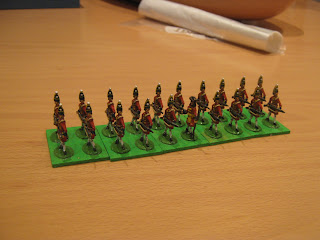 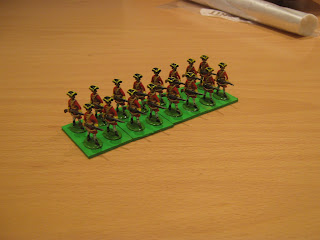 These pics are from Phil's collection of Douglas Miniatures Marlburians, mounted Grenadiers, dragoons, grenadiers and musketeers at ready, wish my painting standard was as good, many thanks to Phil for sharing
Posted by old john at 00:43 2 comments:

You all may have guessed Richard is a Peninsular War fan !! 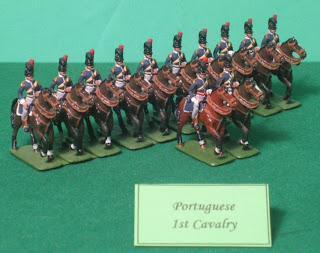 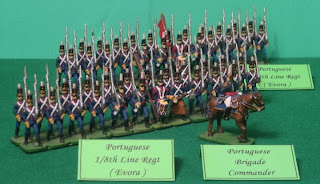 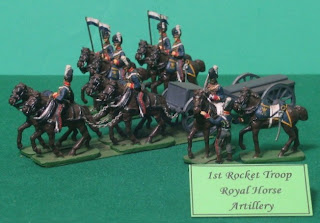 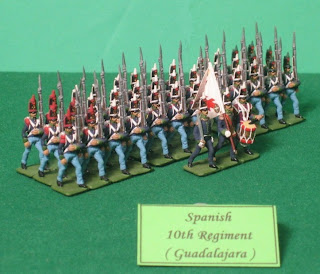 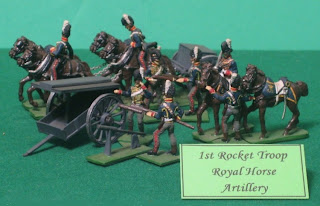 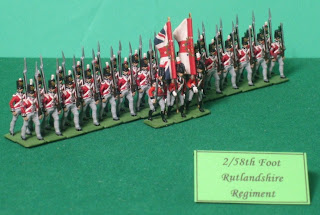 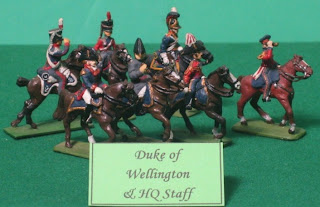 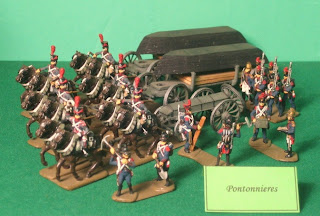 Two more shots, luckily I don't have to label them, thanks Richard

Email ThisBlogThis!Share to TwitterShare to FacebookShare to Pinterest
More from Richard's collection, figures are from Hinton Hunt and Minifigs S Range 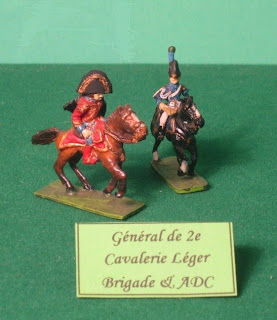 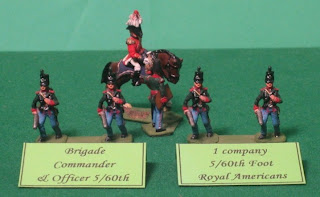 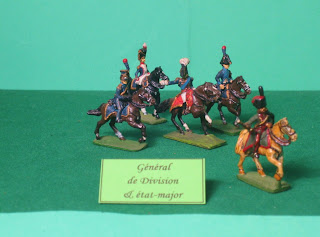 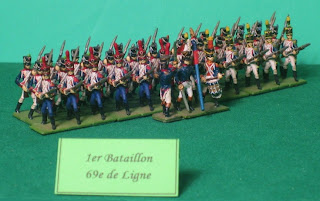 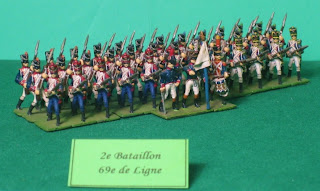 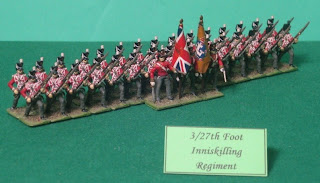 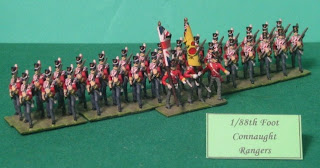 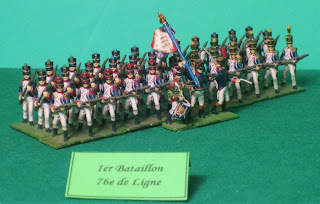 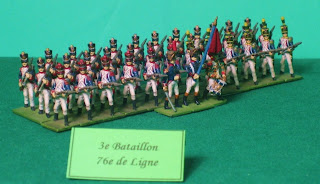 All the following pictures are courtesy of an old friend of mine who rang me the other evening to re-establish contact after several years, Richard was the person from whom I was able to buy a collection of Napoleonic cavalry painted and converted by the late Peter Gilder, and wonderful figures they are. The pictures below are from Richard's own collection, I will be posting more. 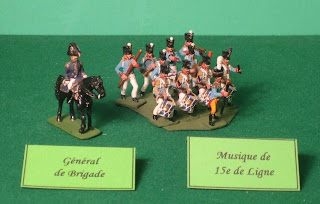 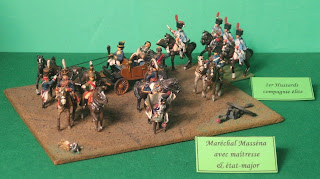 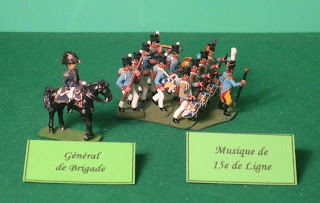 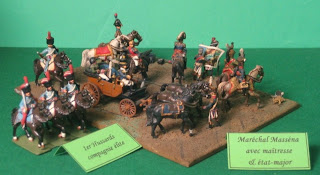 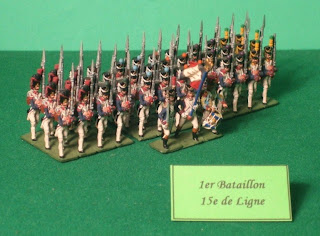 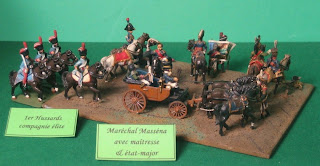 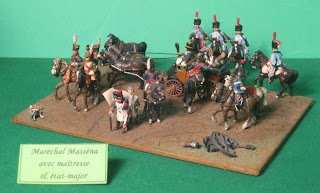 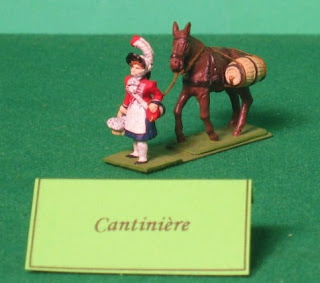 I've been recently asked by a friend who wishes to start wargaming a  new period , in particular ECW, using my Les Higgins 20 mm ECW range as a basis for building both armies and filling gaps in the range with figures from other ranges eg Hinton Hunt and Kennington, he's not keen having plastic figures, so missing out on Revell and Call to Arms artillery sets, the main problem is RULES, which to use??  afraid I'm not much help here as I got put off gaming ECW big style some years back when the local boys decided they wanted to refight Marston Moor (15 mm figures) anyway I organised the armies from the lads' collections, everything geared up to battle over a week-end, I was Roundhead Army Commander, game started well New Model Army doing well causing Rupert no ends of panic when a Roundhead unit had to take a morale test, lost it, and things went downhill massively after that, snowball effect in spades with the result that the WHOLE Roundhead Army fled the table unit by unit, unbelievable!! Game scheduled to last a week-end lasted about 5 hours, my biggest wargaming defeat ever and I gained a new nickname "RAC" (Run Away Cunningham).  The rules we used are still around so not naming them just in case people out there are happy with them.

Anyhow have any of you out there got suggestions for a good set of rules for ECW, only need smallish armies
( whatever they are?) and give a good feel for the period, any help would be much appreciated

Iain's next visit will involve an ECW game so he could be heading for his first major victory ,I need loaded dice.

Now for second part of the heading, Battle of the Boyne, has anyone knowledge of suitable 20 mm figures, metal or plastic from any range that could be used for the Boyne, conversion suggestions would be most  most welcome

I had thought of using WSS/Marlburian/GNW figures but clothing not quite the same, but a few of Mars set of GNW Saxons might prove ok

Progress been made on trial runs of Douglas Miniatures, with only small adjustments so should be available soon

Today's post brought 2 Wargames Foundry books (Armies of C19th China & Armies of C16th Aztecs/Incas) real bargain I think as got both for about six quid inc postage, also arrived two more ECW Ospreys and a book on the Texas Revolution

Reading at the moment "The Coward of Minden" most interesting, different look at Lord Sackville (later Lord North of AWI infamy) , I'm getting the feeling history hasn't been kind or truthful to him
Posted by old john at 07:30 8 comments: