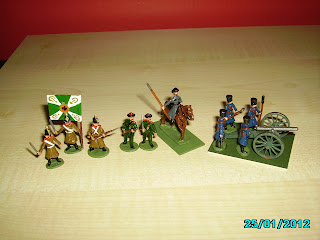 here's a few Douglas Miniatures Crimean test shots, painted by the redoubtable Lord S.A., left to right Russian infantry in helmets, Caucasian Rifles, Cossack Lancer and Cossack Artillery crew (in small fur caps), I must point out that the artillery piece is not DM but it's from the Airfix ACW Artillery set, looks the part though
Posted by old john at 02:36 7 comments:

I have completed the DM Napoleonic proposed listings below, and as I said on earlier post, trial casting runs in progress and should they turn out ok, should be ready in 2/3 weeks, the Napoleonic range contain some early and later variants and yet again there are a few gaps. I'm trying out one conversion of a French Guard Sapper (thanks to Paul). I must thank various pals for their emails about the re-release of DM, they have given me a lot of encouragement (pressure!!), again hoping I don't let them down if things don't turn out as hoped.

There is another figure on the original moulds that is defying all efforts to produce a decent master for remoulding, it's either a Spanish Grenadier or a variant of a Austro-Hungarian Grenadier, I'll keep trying but do not hold your breath
Posted by old john at 02:05 No comments:

Here's the proposed DM Crimea figures listing, I'm just hoping the trail casting runs turn out ok, if so the lads will be ready in about 2/3 weeks, I'll try and do the Napoleonic listing soon, and if anyone know the whereabouts of a DM Marlburian gun crew I'd be very interested, I'm not sure if this was ever issued but as I found a Marlburian outrider and a galloper gun carriage on the original DM moulds, you never know

a quick selection from my collection 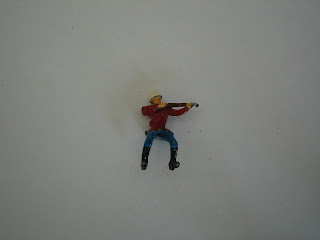 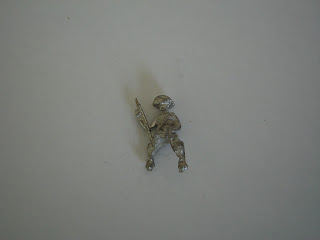 not sure of maker, any ideas?? 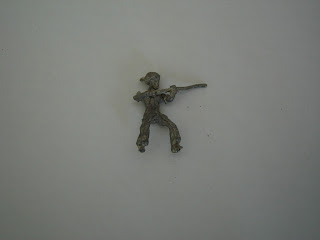 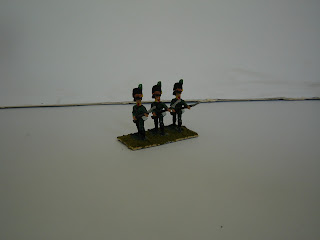 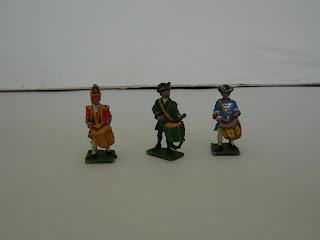 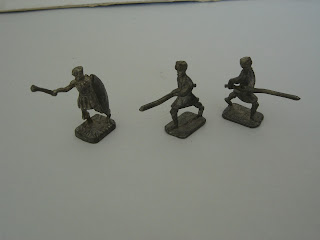 Scruby Zulu and Dervish(maybe?)
Posted by old john at 01:53 2 comments:

At long last this week I've finally got round to completing the remastering most of the Douglas Miniatures Napoleonic and Crimean 20 mm ranges, I bought the original moulds some years back and slowly recast figures from them, the moulds were in a poor state and it's taken till now to get masters that I'm happy with, I also went through my collection and found some of the figures that were missing from the original moulds, various pals gave or sold me more examples, for which I greatly appreciate. I've discovered various variants amongst the figures, eg 2 Crimean Cossack Horse Artillery gun crews in different poses and headgear, variants of British Napoleonic Infantry, a Marlburian artillery outrider, galloper gun carriage and others

There are a few figures missing from the ranges but hopefully in time I'll find examples and add them to the ranges, I'll post a full listing on the blog (and maybe pics!!) as soon as they have been cast up and I'm satisified with the results.

For a full listing of DM figures have a look at Vintage 20mil website.

again any help much appreciated
Posted by old john at 08:40 1 comment: 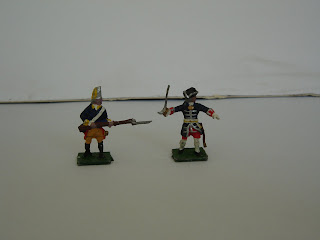 again looking for the maker of above SYW 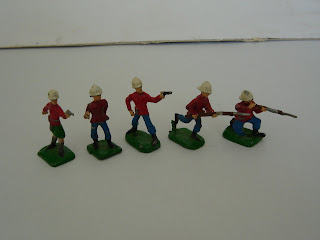 above selection of Scruby Colonials 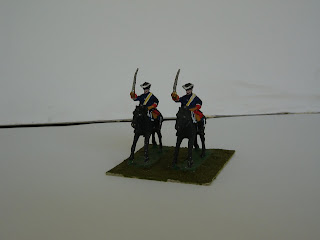 yet again looking for maker of these SYW cavalry 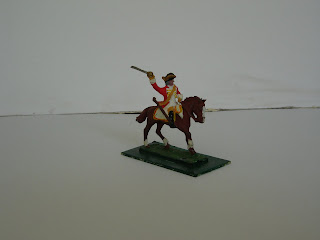 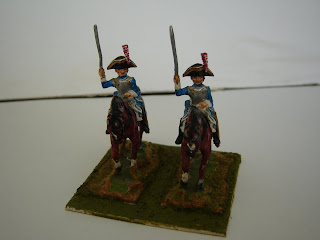 Have been extremely busy last few weeks getting orders out and organising masters for the re-release of Douglas Miniatures Crimea range, I'm nearly there, should be available by end of this month if all goes well

have posted a few figures from my collection below with the hope of all you brainy fellas out there who might know who made the figures, the first picture is posted at the request of a friend who wanted to see what the figures looked like 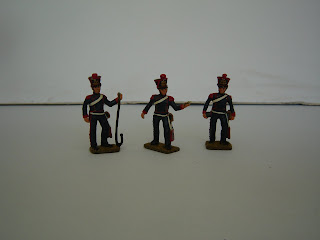 above Les Higgins/PMD French Line Horse Artillery Crew, these were as far as i know never released, the poses are the same as the Guard HA crew and the officer that came with them is exactly the same as Guard HA officer, when I examined these closely code numbers on the bases were same as Guard HA, i did suspect that they were conversions but they definitely are not!! 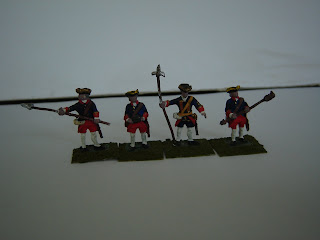 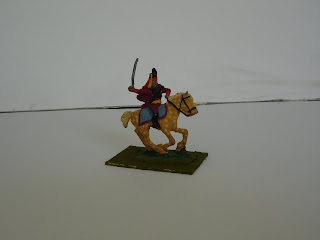 SYW Hussar, again who made them? there is a lovely B/W pic of these in the old "Discovering Wargames" booklet 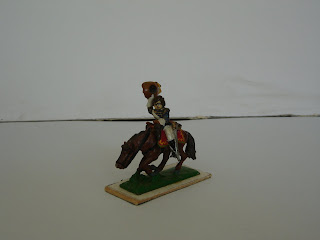 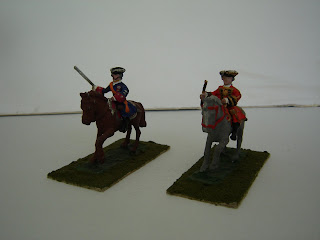 SYW Generals, who made them? are they Garrison or Greenwood & Ball?

Plans are well advanced for Iain's next visit, ECW this time, all I have to do is paint yet more blasted horses, 80 plus, riders already done thankfully

Have added 3 more variations to my Les Higgins ECW range all based on to Roundhead Trooper EP 11, now available openhanded, with wheel-lock pistol and a carbine